I wouldn’t say that the performing arts sector in Spain was strong and highly creative, but in 30 years it developed substantially. Regular framework funds for artists and companies were implemented and new venues and creation centres were opened. All of this at a local, regional and national level. A broad array of public institutions covered different aspects of the development of the performing arts. However, the modernization process was not finished yet, there were still reforms to do: the high political dependence, lack of democracy in cultural institutions and some new expensive buildings without artistic projects, only built to feed the real state bubble and increase the public debt. Besides, the presence and support to contemporary innovative performing arts was not guaranteed in local public venues, in fact the vast majority of the performing spaces. END_OF_DOCUMENT_TOKEN_TO_BE_REPLACED

The days 11 and 12 of November 2014 I was invited to the forum “International Mobility of Young Artists”. It took place in Milan (Italy) in la Fabrica de Vapore. Its objective was to reflect on the current meaning of artistic mobility and on its future in Italy and in the international arena. The debate analyzed the definition of mobility, its history and how it is performed and supported in Italy and abroad.

I was asked to present the different frameworks of the public support to artistic mobility in Spain and its current situation. I used the following slide presentation and I post it in the blog for whoever interested:

Spanish government budget cuts began in 2009, but the most important arts cuts have been in Autonomous Communities (regions)’s budgets, as they have the most responsibility and funding for culture. Autonomous communities share this with local governments, now mostly bankrupt or with huge debts. The total reductions for the arts are thus more than 25% in global figures, comprising regions and local authorities.

The reaction of artists and arts organisations is muted – everyone is in a state of shock (reinforced by governments and media). There is a universal reaction against cuts in public services, including education and health as well as culture, but culture is the last in the line. Other issues in the protests are corruption, lack of transparency …… There is widespread criticism of the European Council’s policy to control public debt by “austerity” budgets, when everybody in Spain knows that the problem is private, not public, debt : the banks. END_OF_DOCUMENT_TOKEN_TO_BE_REPLACED

What was a major change in Catalonian cultural policy when the first executive Arts Council in Southern Europe was born in 2008, has lost its executive responsibilities. On December 21, 2011 the Catalan Parliament approved a new law that drives cultural policies back to the periods of greater political interference. END_OF_DOCUMENT_TOKEN_TO_BE_REPLACED

Brazilian artists in a Christmas song. My friend Tela Leao from Portugal sent it to me and I loved it.

The summaries and conclusions of “Open Forum Feria Huesca 2011” have been published. The debates, under the name “Reinvent Yourself to Challenge the Crises” of the Spanish performing arts sector, took place during three months in a “Facebook Group” finishing in an on-site session, the 30th of September of this year in Huesca during “Feria Internacional de Teatro y Danza”. END_OF_DOCUMENT_TOKEN_TO_BE_REPLACED 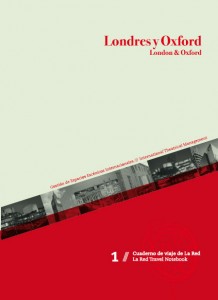 The performing arts spaces are divided into three geographical areas that cover three different theatre models. These spheres can be visualised as three concentric circles whose central point is in the centre of London. END_OF_DOCUMENT_TOKEN_TO_BE_REPLACED

The Councillors of the Catalonian Arts Council have resigned in block to protest by the threaten of the new Catalan government to eliminate their executives competences.

This is their letter: END_OF_DOCUMENT_TOKEN_TO_BE_REPLACED

I am pleased to inform that in the coming days I’ll move to London and from there I will continue my professional career as a consultant for the performing arts and international management culture. I foresee a stay in London for about two months. END_OF_DOCUMENT_TOKEN_TO_BE_REPLACED