I wouldn’t say that the performing arts sector in Spain was strong and highly creative, but in 30 years it developed substantially. Regular framework funds for artists and companies were implemented and new venues and creation centres were opened. All of this at a local, regional and national level. A broad array of public institutions covered different aspects of the development of the performing arts. However, the modernization process was not finished yet, there were still reforms to do: the high political dependence, lack of democracy in cultural institutions and some new expensive buildings without artistic projects, only built to feed the real state bubble and increase the public debt. Besides, the presence and support to contemporary innovative performing arts was not guaranteed in local public venues, in fact the vast majority of the performing spaces. END_OF_DOCUMENT_TOKEN_TO_BE_REPLACED

END_OF_DOCUMENT_TOKEN_TO_BE_REPLACED 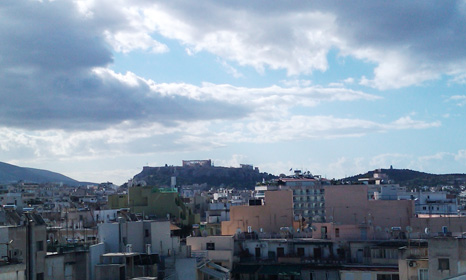 Spanish government budget cuts began in 2009, but the most important arts cuts have been in Autonomous Communities (regions)’s budgets, as they have the most responsibility and funding for culture. Autonomous communities share this with local governments, now mostly bankrupt or with huge debts. The total reductions for the arts are thus more than 25% in global figures, comprising regions and local authorities.

The reaction of artists and arts organisations is muted – everyone is in a state of shock (reinforced by governments and media). There is a universal reaction against cuts in public services, including education and health as well as culture, but culture is the last in the line. Other issues in the protests are corruption, lack of transparency …… There is widespread criticism of the European Council’s policy to control public debt by “austerity” budgets, when everybody in Spain knows that the problem is private, not public, debt : the banks. END_OF_DOCUMENT_TOKEN_TO_BE_REPLACED

What was a major change in Catalonian cultural policy when the first executive Arts Council in Southern Europe was born in 2008, has lost its executive responsibilities. On December 21, 2011 the Catalan Parliament approved a new law that drives cultural policies back to the periods of greater political interference. END_OF_DOCUMENT_TOKEN_TO_BE_REPLACED